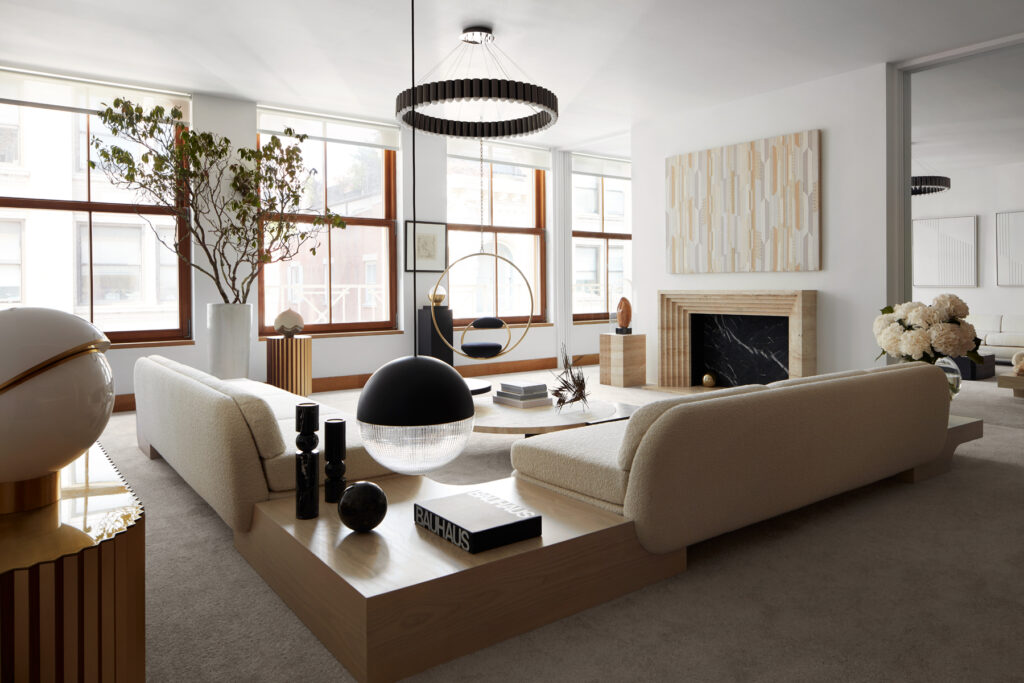 Lee Broom opens up his celebrated New York Penthouse in TriBeCa. The Penthouse is available to view by private appointment during NYCxDESIGN. Email [email protected] to book an appointment.

The Penthouse is an elegantly designed duplex apartment in New York’s Tribeca, which becomes the designer’s own residence when he’s in the city, and also serves as an appointment-only space for invited guests in which to view existing Lee Broom furniture, lighting, and accessories as well as his new collections and a selection of archive pieces.

Broom has envisioned each room as a series of beautifully curated and captivating vignettes; each with its own defined personality, but all with signature precision. The two-story space offers a living room, dining room, two kitchens, two bedrooms, a dressing room and study as well as two separate terraces with views of The Empire State Building and One World Trade.

Since its completion in Spring 2021, Lee Broom’s Penthouse has featured in WSJ Magazine, Architectural Digest USA, on the covers of Elle Decoration, Tatler, and AD Mexico, and in many other leading architecture and design magazines around the world.