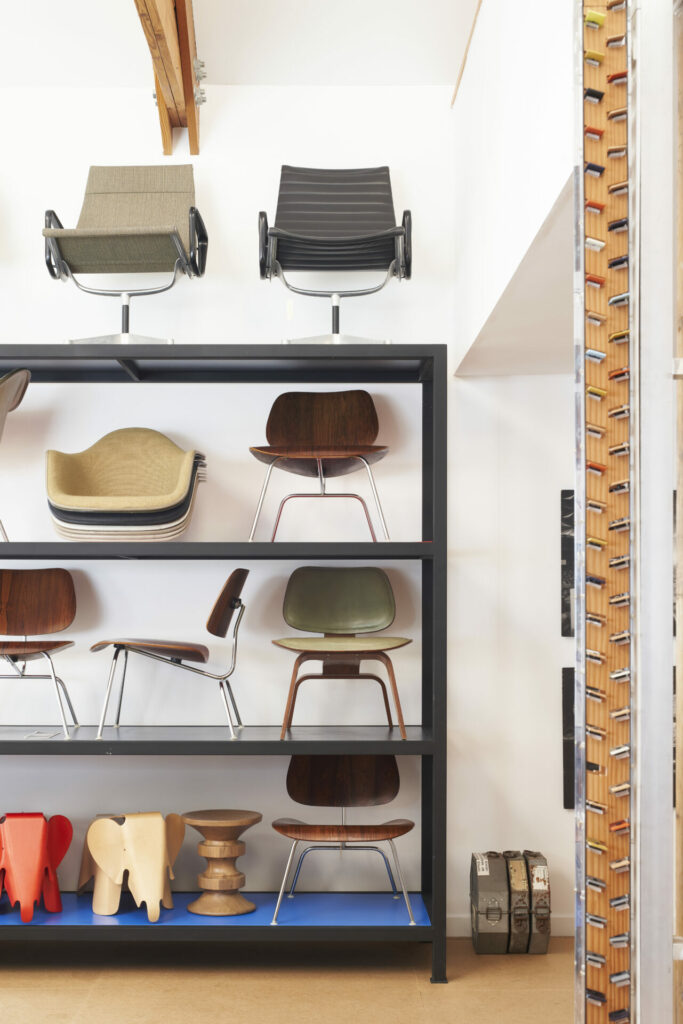 The Eames Institute of Infinite Curiosity

For NYCxDESIGN’s 10th anniversary, Herman Miller offers a window into the Eames Institute of Infinite Curiosity—where the lessons Ray and Charles Eames left us through their body of work, and more importantly, how they approached that work, are brought to life for the next generation of curious problem-solvers. Drawn from the Institute’s expansive collection, each of these three street-facing displays focuses on a different aspect of the Eameses’ design philosophy and craft. Curated by Llisa Demetrios, the youngest granddaughter of Ray and Charles Eames, this collection is just a peek into the ephemera of Eames objects that the Eames Institute is cataloging. This installation at Herman Miller will reveal never-before seen products that are acquired by the Eames Institute, a small view into the thousands of products being uncovered by the team. This exciting installation is reflective of how Ray and Charles Eames liked their work to be shown, as they always liked street level exhibits as it made their work more accessible, even when the store was closed.The Eames Institute is a recently launched non-profit organization that aims to equip everyone with the lessons of Ray and Charles Eames, so that anyone can solve problems through design. Based in California, it is headed by President & CEO John Cary, Chief Curator Llisa Demetrios and supported by Joe Gebbia, co-founder of Airbnb.