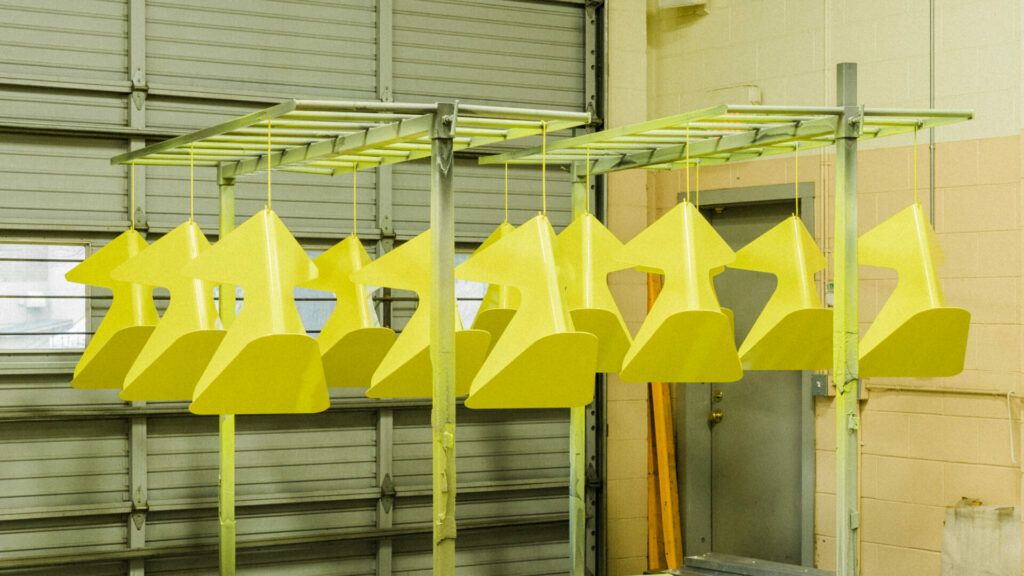 ABOUT THE EVENT
As part of the 2022 NYCxDESIGN Festival, Part&Whole will introduce its Loose Parts program alongside sofas from their flagship collections at Lichen NYC. The launch event will run from 5-8pm on May 10 and the exhibition will remain on view until May 14. For its first Loose Parts project Part&Whole has collaborated with Nigerian designer Nifemi Marcus-Bello to create a special edition of his LM Stool, produced in Victoria, Canada. The edition of 40 yellow stools serve as a case study in de-centralized manufacturing, probing questions surrounding the relationship between production and place. The project has been documented in a print publication which includes archival images of the stool and an interview between Nifemi and Part&Whole’s artistic director Tom Chung. Both the stools and zine will be available for purchase at Lichen during the opening event and duration of the exhibition.

ABOUT THE LM STOOL
While exploring the existing manufacturing possibilities in Lagos, Nifemi discovered a factory using sheet metal to produce metal casings for electrical power generators for the Nigerian market. Generators are a popular necessity due to the lack of 24-hour electricity in homes causing a need for backup electricity supply. He consequently re-worked the concept of the 3 to 4-legged stool by exploiting the structural capabilities of sheet metal. Once a rough, stable form was developed, the studio began to toy with the idea of subtraction. “How much of the form could be removed without affecting the stability?” After multiple iterations of subtraction he arrived at a bold and abstract form, resulting in the LM stool.

ABOUT THE COLLABORATORS
Nifemi Marcus-Bello is a designer known for his community-led and ethnographic conscious design approach. As a designer, Nifemi’s strength lies in the exploitation of materials and his fearlessness to pursue new forms and typologies to create truly unique products and experiences.

Lichen is a workshop and design incubator based in New York City founded in 2017.

Part&Whole is a contemporary furniture company from the West Coast of
Canada specializing in soft seating systems.