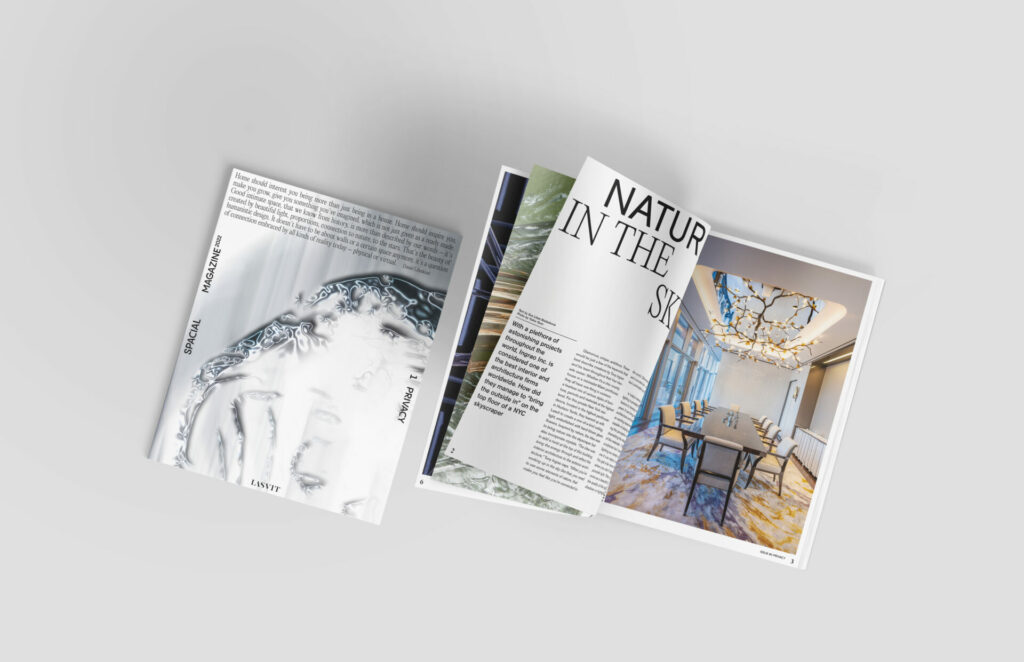 LASVIT is introducing a new online and print magazine Spacial.

Come to check out the print version at LASVIT SoHo Atelier during our operation hours. “Spacial” Prosecco hours take place on Saturday, May 14th (11am-5pm) and on Friday, May 20th (5pm-7pm).

Despite being a long-term market leader, LASVIT is constantly interested in new ideas, opinions and trends that push the brand and its aesthetic vision further. The magazine’s aim is to share experiences with the wider public and community and to inspire each other. The first issue will focus on the topic of privacy and will also feature international and local design stars including Yabu Pushelberg, Campana Brothers, Daniel Libeskind, Vladimír Kopecký and Maxim Velčovský.