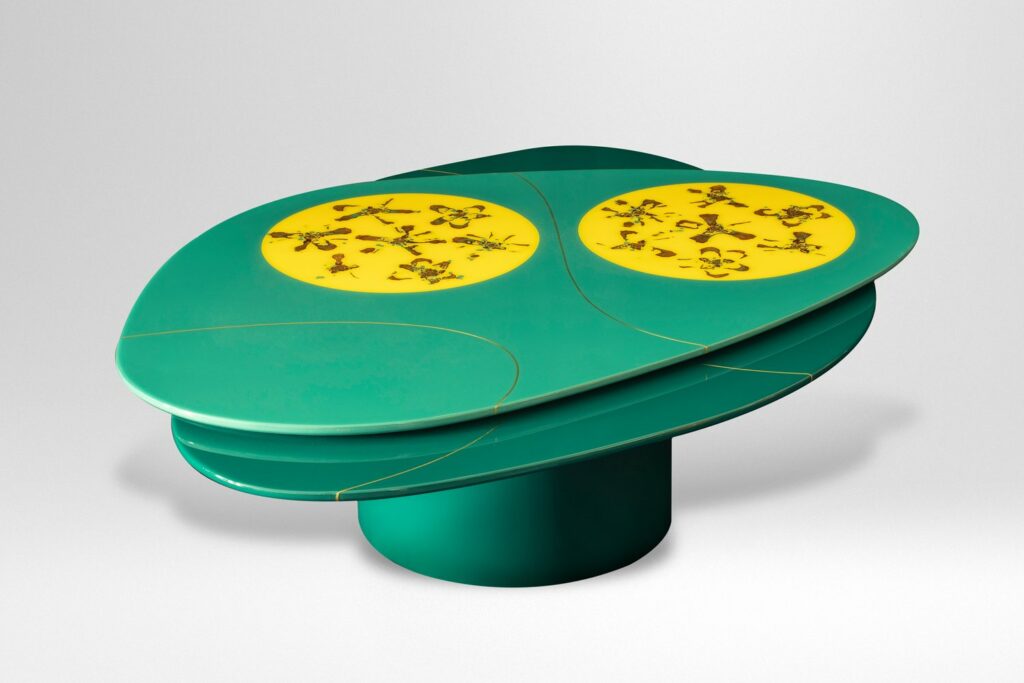 High Line Nine presents “Djivan Schapira: Au Bout Du Bois”, an exhibit of functional artwork.
Djivan Schapira is a French-born artist and maker of collectible design based in Union City, New Jersey. His works, dubbed retro-contemporary, draw inspiration from growing up in the forest of the French countryside, his love for the space-race era, and experiences one can only gain from growing up in New York City.

After graduating from the Architecture program at Parsons School of Design, Djivan launched ABDB Designs, an atelier producing made-to-order furniture & interior décor for residential & commercial spaces. ABDB was founded on the technique of embedding cross-cuts of recycled wood in resin. This curiosity for resin was sparked by a piece his father made in 1987, La Commode –the first work created using this technique.